Getting the Most Out of Data Science

Joseph Walker updated his job skills in R language programming and data science, but he also expanded his community circle through in-class networking

The phrase “high-throughput screening” doesn’t initially grab your interest, but when you delve into it—the complexity and applications of its processes—you start to see why Joseph Walker is fascinated with his work in the High Throughput Screening group at Amyris, a renewable-products company providing sustainable alternatives to a broad range of petroleum-sourced products and rare materials.

High-throughput screening is exactly what it sounds like: Scientists like Joseph put hundreds of thousands of experimental samples through simultaneous testing in attempts to find solutions to biotechnological challenges and issues.

In Joseph’s case, he and his co-workers are trying to isolate and identify helpful molecules—those that can be synthesized and used for a wide variety of consumer and industrial products. Joseph breaks down a simplified version of the process: “You have some type of simple sugar. You feed that to yeast, which breaks those sugars down into molecules of interest. A lot of those molecules are rare in nature or unsustainable to harvest, and we’re recreating them in the lab so that they’re just as pure and just as real as what you find in nature.”

Biotech in His Blood

Joseph’s career has always had a biotechnical bent.

Five years after he began working at Amyris, Joseph’s duties and responsibilities continue to evolve—most recently, toward understanding the power of data and the field of data science.

Some of Joseph’s co-workers mentioned courses and programs that they were taking with us, so based on their recommendations he decided to enroll in the Certificate Program in Data Science.

“I chose this program to improve my skills with data, analytics, and general data-science principles and practices,” Joseph explains. “My group generates large amounts of data, and having these skills has become imperative.”

Of all the courses that Joseph took to meet his need for data-analysis skills, one stands out:

“I really enjoyed the Data Science Principles and Practice course because instructor Allan Miller provided multiple case studies involving real-world data science problems,” says Joseph. “One of the most rewarding elements of the entire program was the fact that I was able to build a rapport with Allan, whom I look up to as a mentor. If I ever have any questions, I don’t hesitate to reach out to him. He’s open, and we’ve developed a great working relationship throughout the courses.”

Meeting Up and Forming a Community

In fact, their interactions broadened beyond the classroom, as Allan encouraged Joseph to join the East Bay R Language Beginners Group. At these meetups, outside experts present and share their own experiences with the group.

Joseph enthuses about the usefulness of R programming skills. “R language is open source. All the packages and functions you can do are constantly expanding. It’s very intuitive and streamlined.”

That interest in R introduced Joseph to machine learning in the Practical Machine Learning (With R) course.

“Machine learning had always been a sort of black box,” recounts Joseph. “Robots sitting around absorbing data and making prophecies. But it’s really nothing like that. You feed a machine pre-existing data and apply a mathematical model or equation and solve for x or y or whatever the unknown is, and you use that to make predictions based on future data.”

Now, Joseph applies the data science principles he learned to many aspects of his job.

“I use R to perform statistical analysis on experiments that I run in the lab,” he shares. “The data science skills I learned allow me to create useful data visualizations and reports to share with my colleagues and stakeholders. On the project management side, I use data science to build user-interface applications (based in R and Shiny, an R package) that allow my team to pull data and generate reports efficiently. And lastly, I use much of what I learned in the R programming classes to perform QC on the data flowing through my group. Using efficient R programming techniques and statistical analysis packages in R, I can create control charts and summary reports showing the performance of our operations.”

Challenge yourself to learn new technologies with the Certificate Program in Data Science. 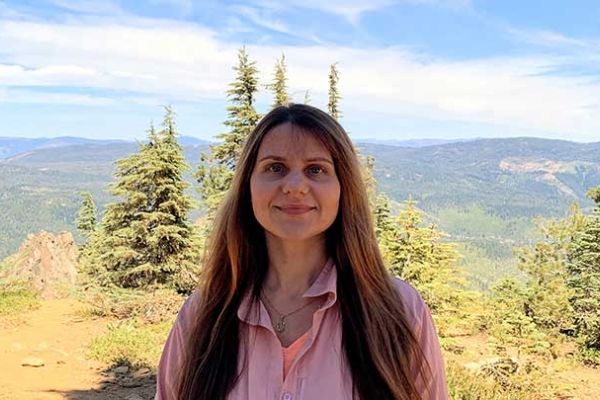 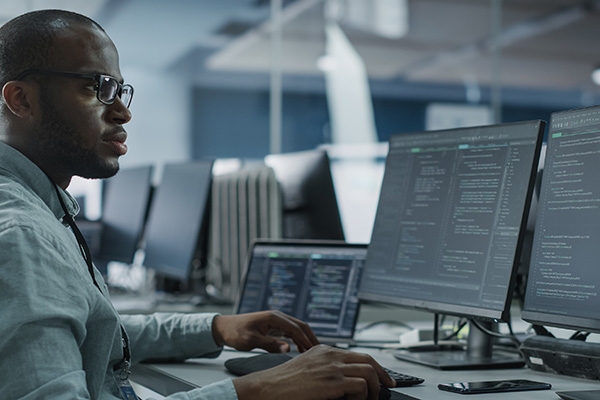 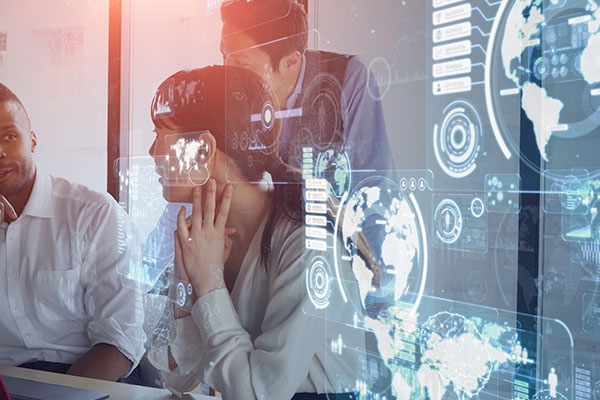