Catherine Kiwala discusses the origins of her creations 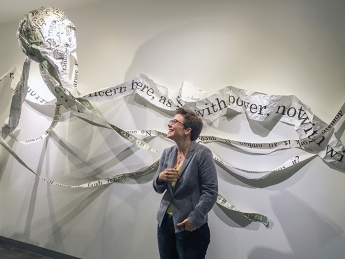 Post-Baccalaureate Certificate in Visual Arts graduate Catherine Kiwala recently exhibited her artwork at our San Francisco campus. She recently took time to talk with us about the meaning behind her artwork and next steps post-graduation.

What message did you want to convey with the exhibit?

My work is definitely informed by the fact that I’m a lawyer. I had some ideas percolating in my mind about what I had to say about certain areas of law and law in general. I never appreciated how complicated copyright was until I was an artist and was looking at it from the other side of things. I started making conceptual art that was based on my research in copyright law. For me, copyright law is pretty problematic; it’s a double-edged sword. It protects people who create things, but at the same time it also imposes limitations on what they can do, especially in regard to other people’s work. So if you want to make something that references popular culture, you might be in a gray area. I have ideas on what Congress could do, what lawyers could do to have a simpler, easier system, one that really acknowledges that creativity is not in a vacuum. We’re always referencing other works, whether consciously or not. 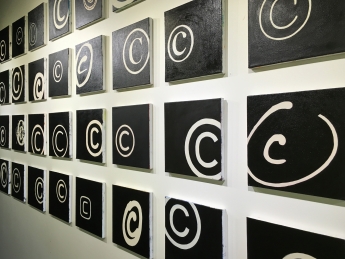 Rather than hit people over the head with, “This is what I think and you should think it to,” I’d rather give people a context to consider a problem. You walk through the halls [of my exhibit] and each piece looks quite different. You have one piece that looks like a jumble of paper; you have a long scroll with part of it erased; you have a painting; you have a wall of painting; you have a lightbox. Around the corner there are erased drawings that were part of a performance that I did for the opening of the show. Finding the right medium to express the exact idea that I had for that piece is just an integral part of my art thinking.

The idea that art does not have to be a painting; it can take so many different forms. I really give credit to this program for expanding my idea of what art can be. There’s a piece [in the exhibit] that’s a giant knot of paper with money and quotes, and it’s a lot different from anything I had ever done. I’m quite pleased and grateful for all of the growth I experienced.

Are there other places where people can see your work? 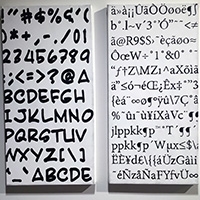 I'm part of a residency through Artspan, a San Francisco nonprofit. It's similar to school, where you get a bunch of people together and they're all creating things—there's some sort of alchemy that happens. That's been really inspiring. We're going to have a pop-up show. We're slated to be here until at least March 2016. I'm trying to get my work out there, but I realize I only have so much time before I have to pack up and potentially go back to school; I'm applying to M.F.A. programs right now. It's really exciting. 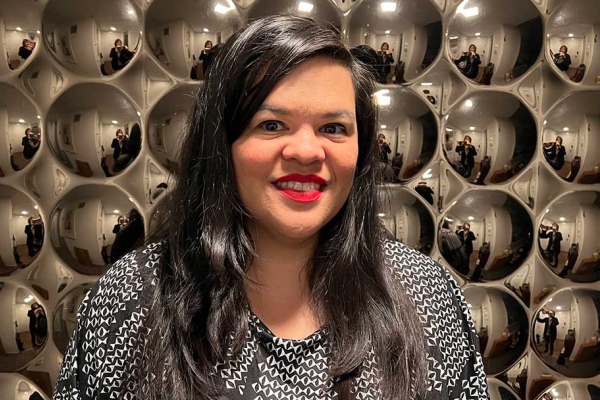 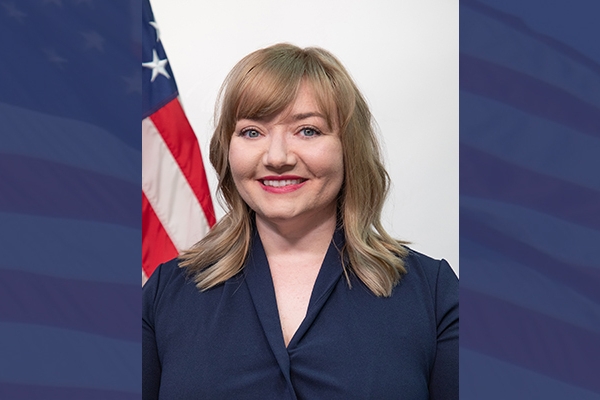 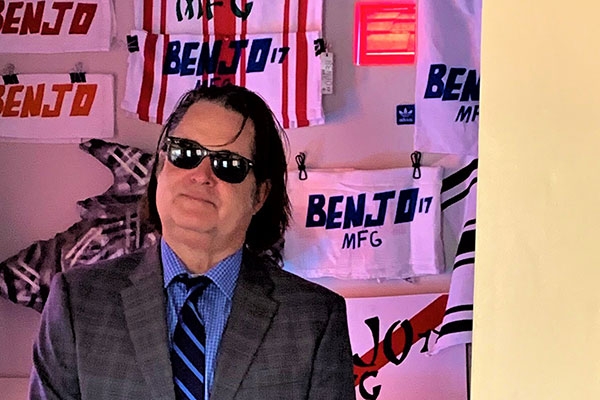