Exploring California Yosemite—Somewhere You Should Go!

Yosemite National Park is one of the most famous national parks in the United States. I heard about it well before coming to UC Berkeley. Exploring Yosemite is said to be a must do in Northern California.

It is located in the western Sierra Nevada in Central California, which is a 4- to 5-hour drive from Berkeley. It is well-known for its granite cliffs, waterfalls, biological diversity, giant sequoia, lakes and much more. If you are planning to travel to California, Yosemite Valley is a great place to visit. I decided to visit there during the Martin Luther King Jr. Day holiday! 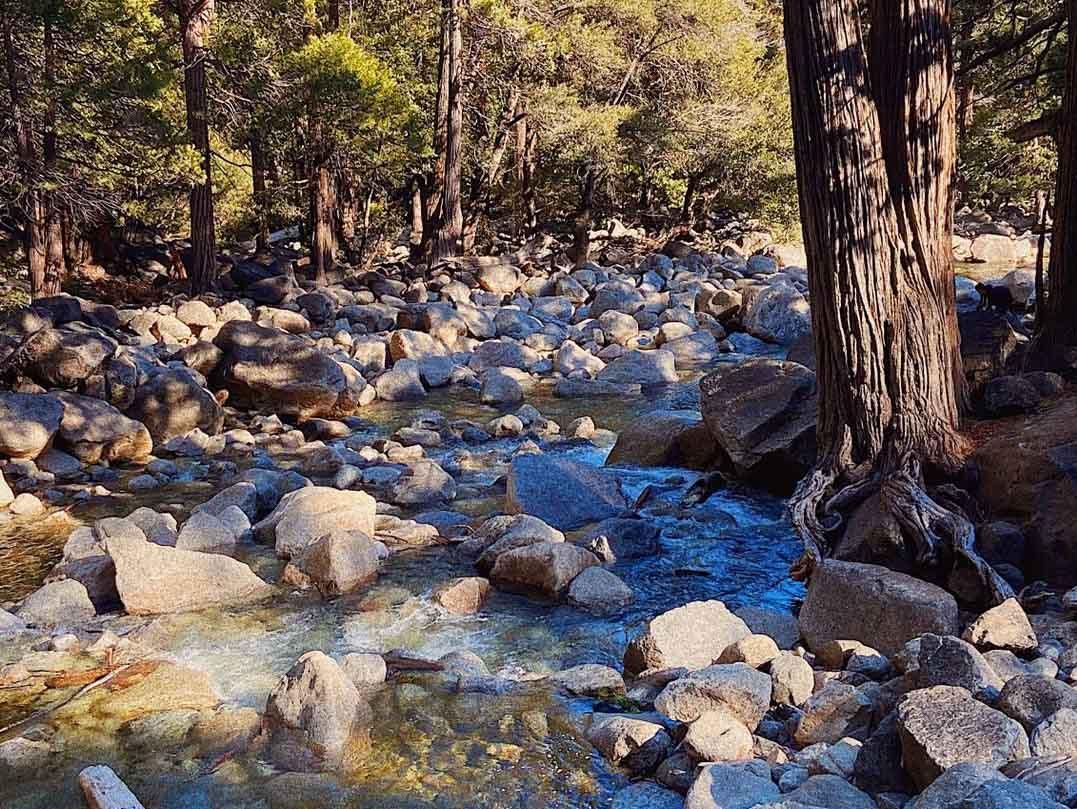 I would like to share my trip to Yosemite Valley with future Berkeley Global students. We joined a one-day tour group and went there by a coach bus. It was quite far from Berkeley, so we got up very early that morning and arrived around 11 am. It was a sunny day and we had a great view of the valley. Due to our tight schedule, we spent most of our time on the bus driving throughout the park. With only two hours of free time to explore on our own, we did not want to waste too much time on eating lunch. We decided to multitask and eat while we hiked. I enjoyed hiking with my friends, especially with the gorgeous view.  We were able to take some time away from our schoolwork and just relax. 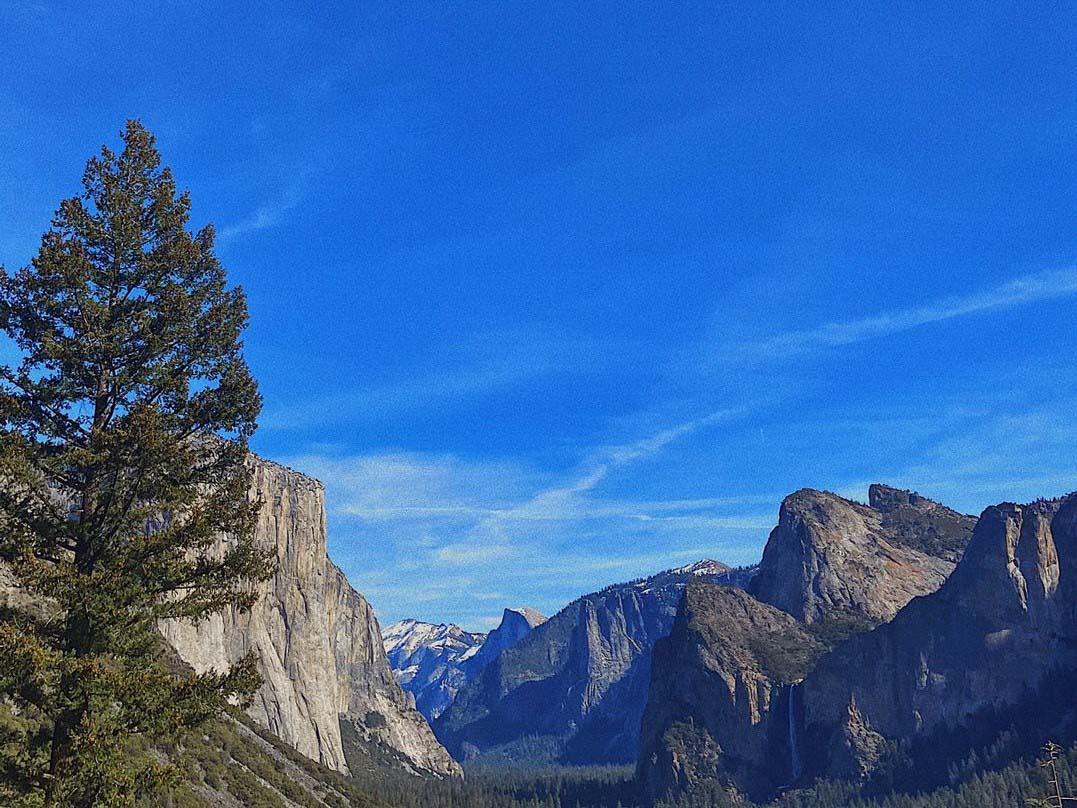 Our next stop was at the waterfalls. The best time to see the waterfalls is during the springtime when the snow melt occurs. It is said that the peak of the year is in May. Since it was January, we were so lucky to see the Yosemite Falls. Due to our limited time, we did not hike to the top, but we did visit the Lower Yosemite Falls. 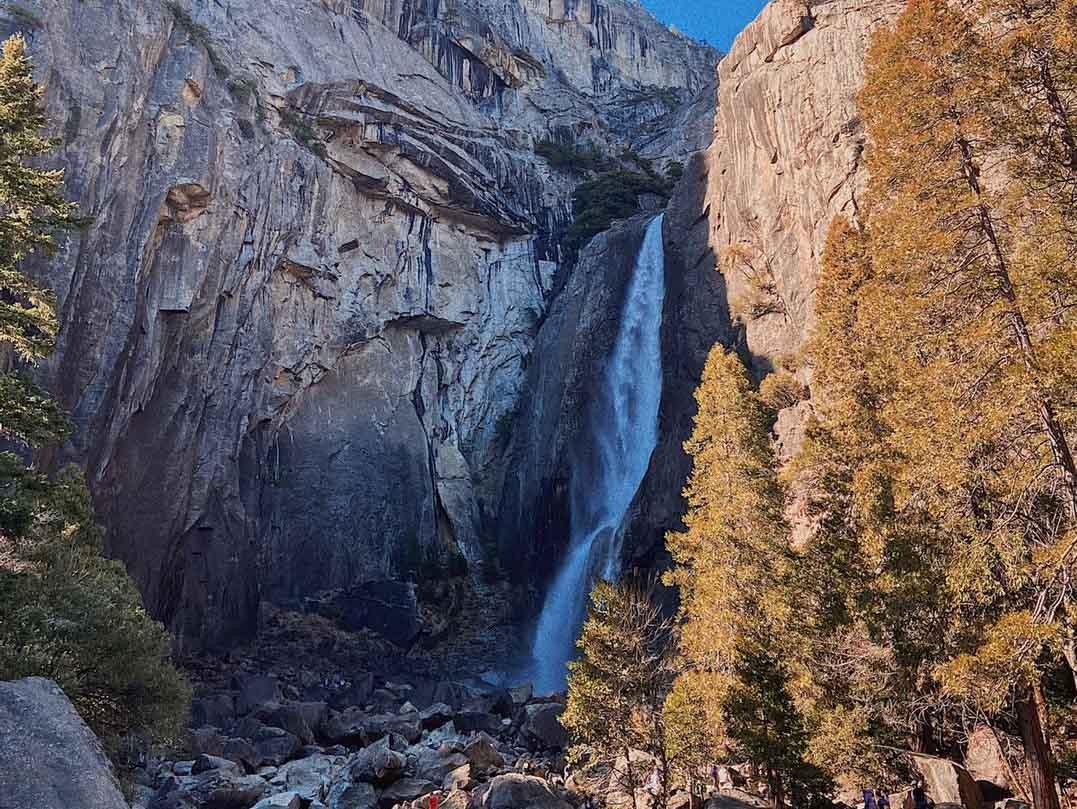 Most of the lakes and rivers were not easily accessible. However, we were able to access Tenaya Lake. Tenaya Lake is located between Yosemite Valley and Tuolumne Meadows. It is a popular spot for kayaking, boating, swimming and even sunbathing. 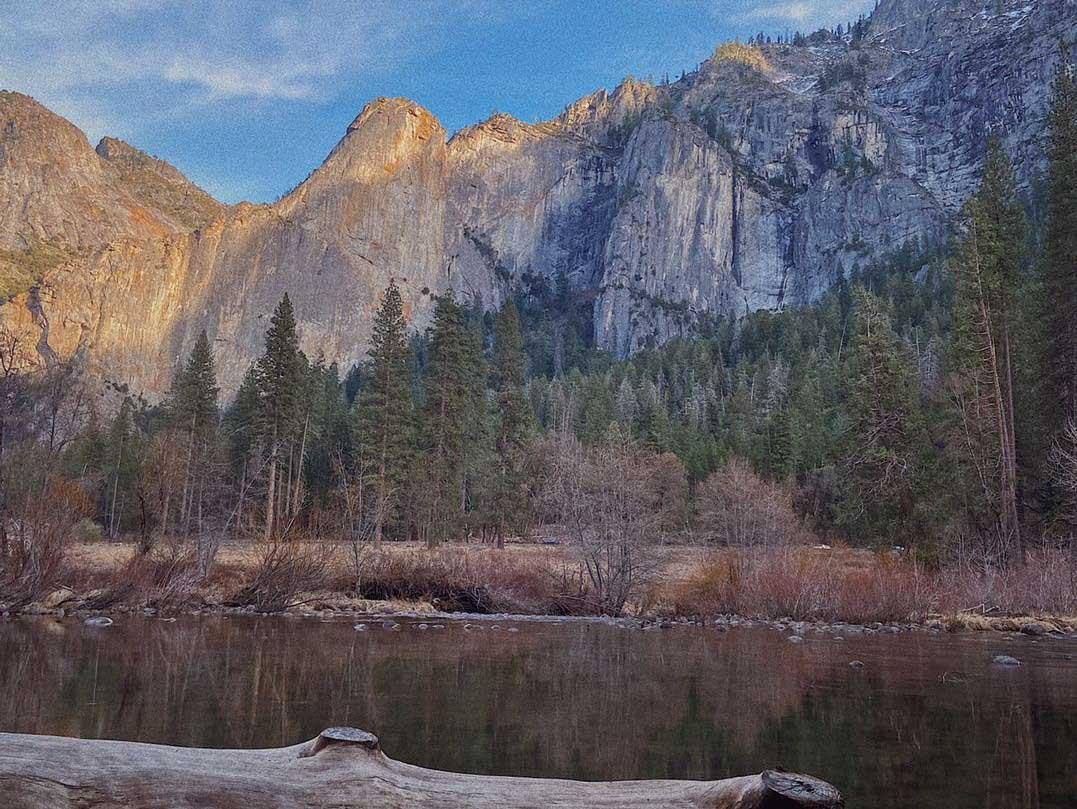 Yosemite is also famous for its giant sequoia trees. With the help of our driver, I learned the differences between pine and sequoia trees. The Giant Sequoia represents the Jurassic-period plant and is recorded in the International Union for Conservation of Nature (IUCN) Red List of Threatened Species. 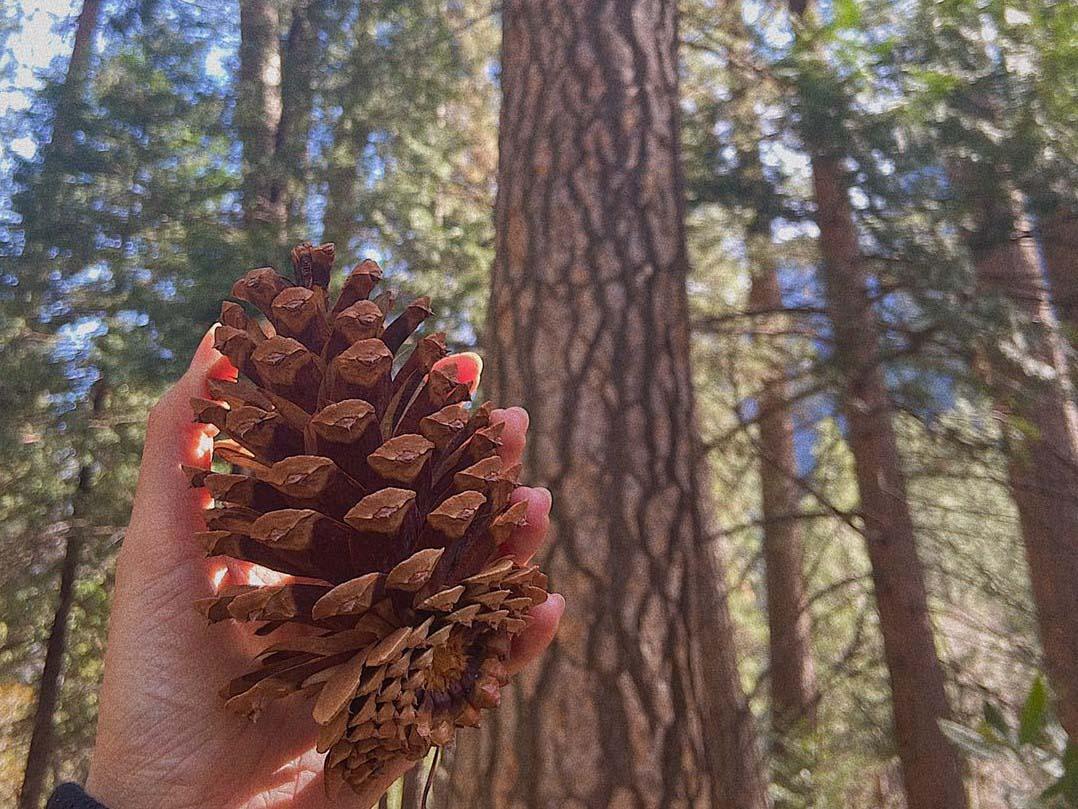 Photo took in one of the groves

Yosemite is also one of the world’s greatest climbing areas. Our guide told us that there are many climbing courses offered here. If you are a climbing lover, then Yosemite is the perfect place for you. 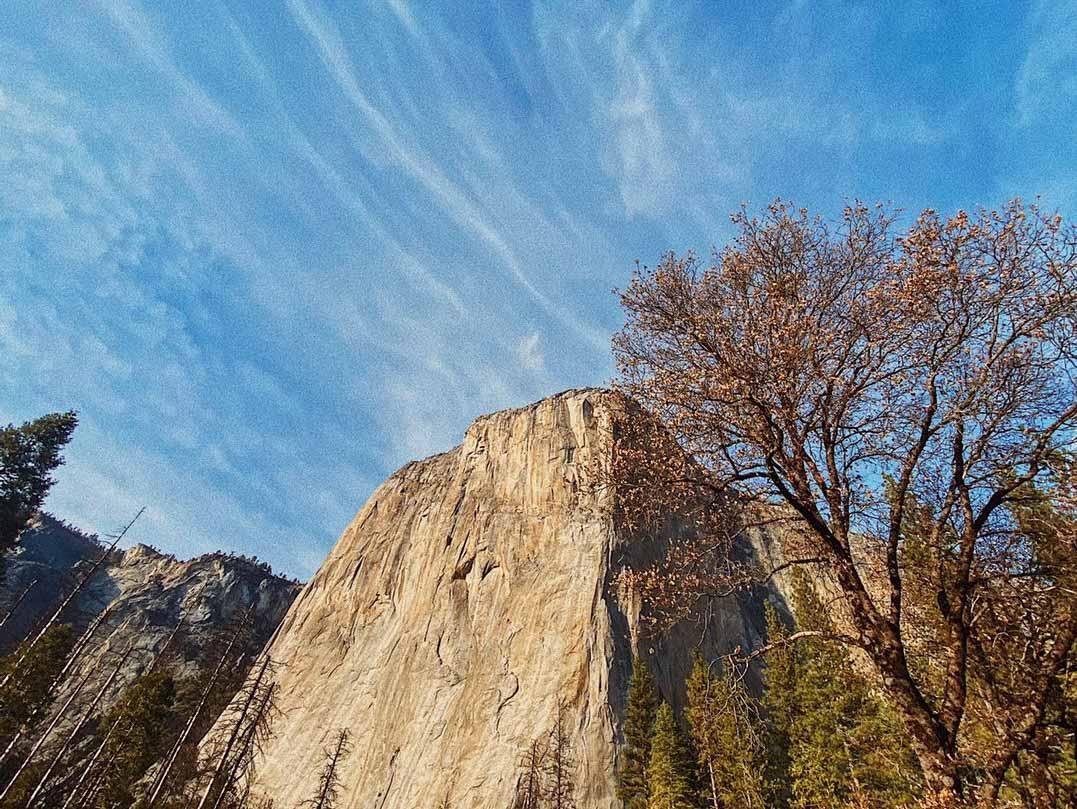 When arriving in Yosemite, I realized there was no internet connection. I was uncomfortable at first because I am so used to depending on my mobile phone. But after seeing the view, I was able to put down the phone and fully enjoy the views. This also allowed me to pay more attention to my friends and I became more involved in the trip. 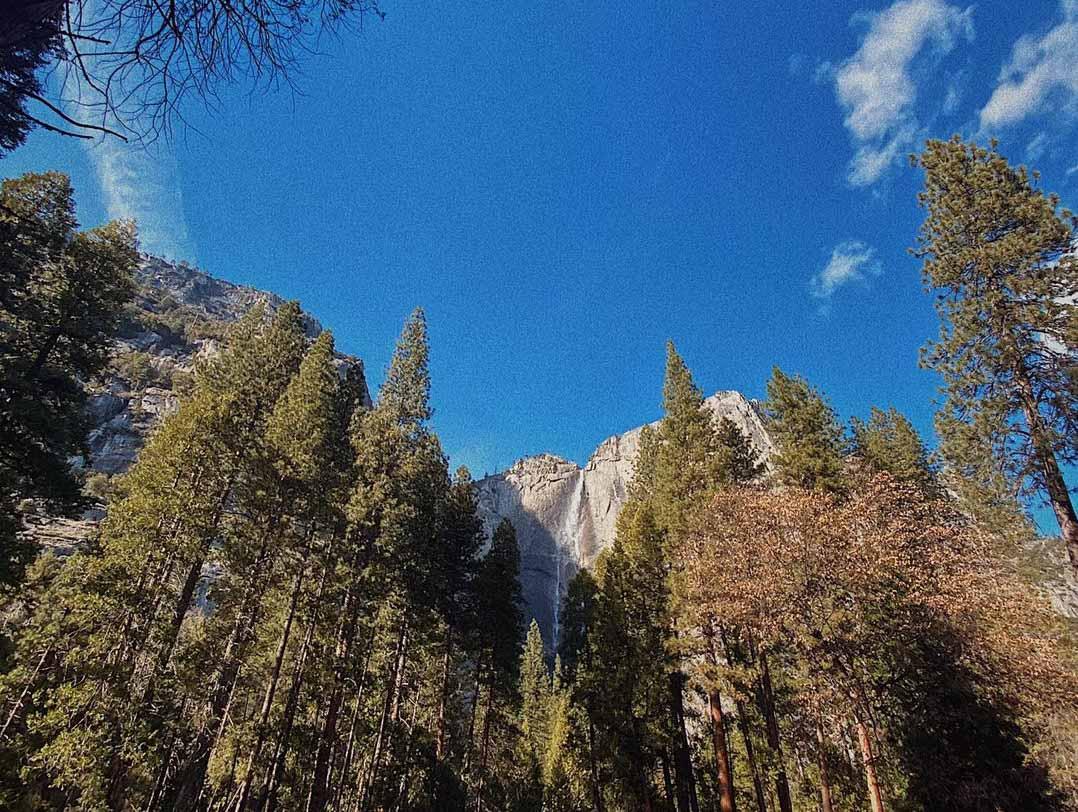 Look up from the ground

All in all, I strongly recommend future Berkeley Global students take a weekend trip to Yosemite National Park. I’m sure it will not let you down! 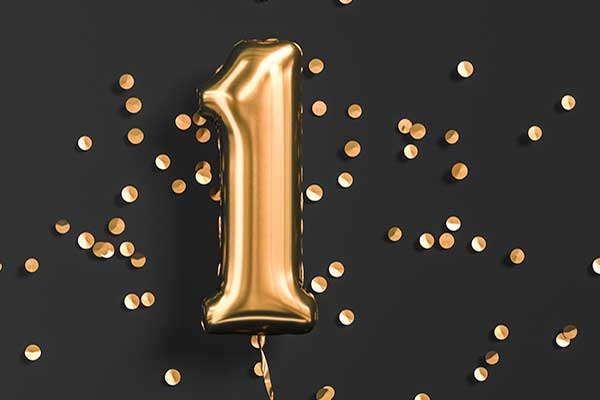