Here's what international students should know before arriving in Berkeley

My name is Frederic Bock. I am 23 years old and studying Business at Copenhagen Business School in Denmark. I am doing my exchange semester at University of California, Berkeley, Haas School of Business through the Berkeley Haas Global Access Program. I have been awarded a scholarship for the program, which means I will be an ambassador for BHGAP for the next four months. Therefore, I will show what life is like in the Bay Area as part of this amazing program.

How to Prepare for Your Time in Berkeley

The preparation to attend UC Berkeley was hard because I didn’t know anything about the application systems at UC Berkeley. Therefore, since I did not go abroad for an exchange through my own university, I used EDU, a Danish agency which helps Danish students apply to UC Berkeley. This was a big help for me and they helped me organize my paperwork and made sure that I did everything correctly in the application process.

After I was accepted I had to find housing in Berkeley, which is really difficult even though much of the city rents out rooms and houses to students. The demand for housing from 50,000 students in a relatively small city makes it difficult if you start searching for housing late in the process as I did. I started searching for housing at the end of June for Fall semester (which starts in late August), which was too late. Landlords know that there is a huge demand for rooms and therefore they raise the prices as you get closer to the start of the semester. Furthermore, when you have found housing you will need to pay a deposit which most of the time is equal to one month’s rent. When you’re living far away you feel uncertain about paying between $1,000 to $2,000 dollars to someone you don’t know. I was lucky to find a big company which rents out houses with dorm rooms to students. This made me a bit more secure about paying a lot of money before I arrived in the U.S. I was lucky to find a room two weeks before I arrived.

Another important thing before arriving to the U.S. is getting your student visa. The process is not really difficult but to get the visa you need to complete a lot of paperwork and get the visa at the embassy where they will keep your passport for up to two weeks. EDU was helpful in this process and it is also possible to get help from Berkeley by emailing their international department.

My First Days in Berkeley

I spent my first days in Berkeley hiking the beautiful “fire trail” behind the UC Berkeley campus and exploring the city of Berkeley and the campus. The first week I didn’t have classes, so I went via bus to San Francisco to explore the beautiful and hilly city. Furthermore, I spent the time with some of the other students in the house where I’m living. We went out for drinks, exercised and went to nice restaurants and cafés.

At the end of the second week we went to see our first Berkeley football game against UC Davis which led to a win…Go Bears!

My most important advice for preparation is to begin searching for housing early to be sure to get good and cheap housing. Make sure that your housing is close to campus due to the steep hills in Berkeley. It’s really worth paying a bit more to get closer to the university.

The Berkeley Haas Global Access Program provides free webinars where they help answer questions from all the students who have been accepted into the program. It would have been really helpful if I had attended the first one about housing so I would have known that it would be difficult to find housing during the summer.

Exploring the Beauty of California

I enjoy my time studying at the Berkeley Haas Global Access Program, but sometimes it is nice to get away from the daily routine and explore the beautiful nature of California.

I went on a road trip on Highway 1 up north from San Francisco with three of my friends: One Danish girl from my program and two guys from Croatia and the Netherlands. Our first intention was to go to a redwood forest. (Redwoods are huge trees.) But all the parking lots at the park were occupied so we choose to go on impulsive roundtrip on Highway 1. The road was really beautiful and the weather was nice. Most of highway 1 goes along the ocean, which makes the view amazing. 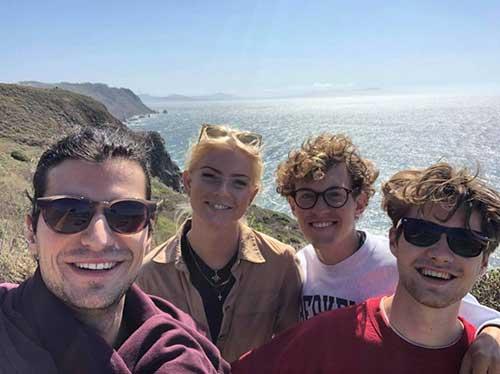 After we had been driving for a few hours up the coast, we decided to drive inland to Napa Valley, which is a world-famous vinery district. There we went to a big hotel where they had hundreds of different wines. We sat there and enjoyed the sunset with a glass of wine before we went back to Berkeley. 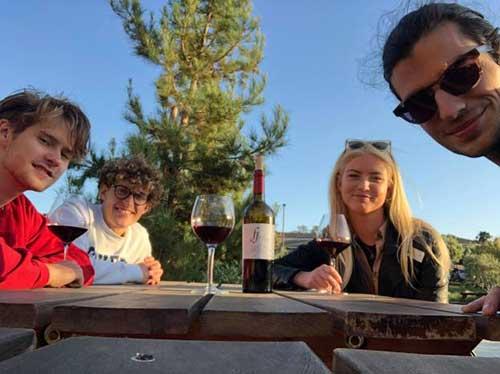 I was so lucky that my whole family came and visited me for 10 days in October during my study. We enjoyed San Francisco and the surrounding area and drove to Yosemite National Park and Lake Tahoe for four days.

We went to Yosemite National Park right after my family arrived at the airport. This place was amazing and reminded me of Canada. We stayed at a hotel right next to the park and took the car into the park where we went to different viewpoints. 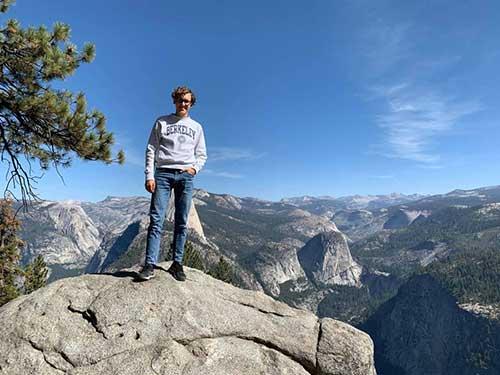 Yosemite has so many beautiful hikes and views that it is a must-see when visiting California. We did also go for lunch at the famous hotel inside Yosemite called The Ahwahnee, which is very old and charming and has some very nice walks right next to it. Furthermore, we went to a redwood forest inside the park that has a very famous tree called the Grizzly Giant—almost looking like a tree from the Avatar movie. Here we could go on many hikes inside the forest among the famous redwood trees. 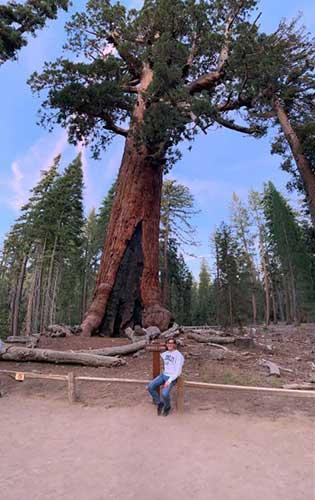 If you are lucky you might be able to see a black bear in the park!

After we left Yosemite National Park, we went to Lake Tahoe, which is around three hours’ drive north from Yosemite. Here we arrived at a hotel right next to the beautiful lake.

We arrived at midday and relaxed, went out for dinner and enjoyed the beautiful sunset over the lake. 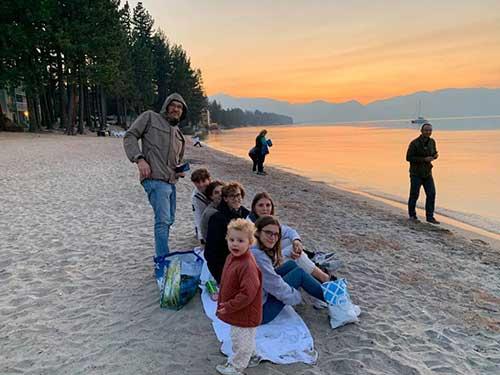 The next day, we went on a beautiful hike at the Emerald Bay, which led to the Cascade Lake. This is one of the most beautiful places around Lake Tahoe. Unfortunately, we didn’t have enough time to go on more hikes. I would, therefore, recommend to have at least two full days when going to Lake Tahoe. 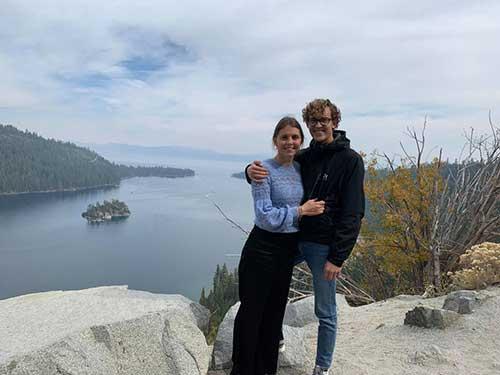 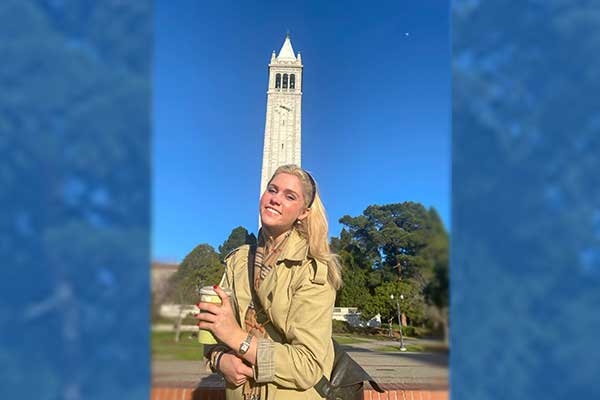