The Caesura That Led to Medical School

While Jayinee Basu was pursuing her double major in literature/writing and political science—with a minor in studio art—at the University of California, San Diego, the thought of becoming a doctor didn’t really cross her mind. That would change in her senior year.

She got a part-time job as an administrative assistant in the School of Medicine’s Department of Anesthesiology, and the possibility of a health-related career began to emerge.

Yet it was Jayinee’s love of reading that inadvertently fueled the decision to explore medicine as a career.

“I started reading medical books in order to learn more about the serious chronic illnesses that people close to me were enduring, but the habit turned into a compulsion,” she explains. “The stories of biology were more astonishing than any fiction I had read. I felt increasingly certain that medicine had more to teach me than any other field, and that there was a place for me there.”

But it wasn’t until after graduation—when she was working as a writer in employment law, writing poems and essays for magazines and anthologies, and eventually publishing a book of poems—that Jayinee began to seriously consider medical school.

Once Jayinee decided she was making the right choice for her career, she began researching her educational options. What rose to the top of the list was the Post-Baccalaureate Health Professions Program.

“I was looking for an affordable program that medical schools would accept pre-med coursework from and that would also allow me to work full time,” says Jayinee. “UC Berkeley Extension’s pre-health professions program was the only one that fit all my requirements: The majority of its courses were at night, while still being a formal post-baccalaureate.”

Registering for the program rather than just taking individual science courses also made sense for Jayinee and her educational background—and met her unexpected need for flexibility.

“Since I needed to take every required pre-med course, there was no real benefit in taking classes piecemeal for me. Being in the program also made it easier to obtain things like recommendation letters,” says Jayinee.

“Also, I got quite sick in the middle of the program and had to drop and later retake a couple of courses. But I was able to get treatment and finished strong, due in no small part to the program’s flexibility while I was getting my health in order.”

As someone without a science background going into a health-related profession, Jayinee soon discovered that she indeed did have a natural interest in and tendency toward the field.

“My favorite class was Developmental Biology,” she enthuses. “I had always wondered how an embryo knows how to allocate growth, and found out that the process is controlled by gradients of proteins in the fertilized egg that forms a kind of chemical template of the body that directs the differentiation of various types of tissue from stem cells. Hippocrates believed that organisms were fully formed in miniature inside of germ cells, and was really mostly incorrect in confusing the map for the territory. That kind of blew my mind!”

“[This] program was the only one that fit all my requirements: The majority of its courses were at night, while still being a formal post-baccalaureate.”

By also registering for the program, Jayinee also received emails about clinical and research opportunities in the area.

“I was able to volunteer at San Francisco General Hospital as a clinical assistant and with the SF Department of Public Health as a medical scribe, as well as do research at two different labs—including the Memory and Aging Center at UCSF and NCIRE, The Veterans Health Research Institute—and obtain two authorships in time for applications,” explains Jayinee. “These extracurriculars were what convinced me that I wanted to be in medicine for the rest of my life, and they helped my application stand out.”

And that’s her advice for other prospective post-bacc health professions students: Volunteer.

“Volunteer early on if you think you want to enter medicine,” Jayinee advises. “Graduate programs want applicants to have clinical experience because the day-to-day reality of medicine is much more social than the classroom material lets on. But if you do decide it’s for you, the post-bacc program is an excellent investment. It can be tough to enter medicine as a non-traditional applicant, but your point of view is more important than you think.”

Prepared for Her New Day to Day

When Jayinee began her graduate program at the Touro University College of Osteopathic Medicine in 2017, she still wasn’t 100-percent sure which medical pathway she wanted to practice.

“I didn’t know a ton about osteopathic medicine before I started, but with three semesters under my belt I am grateful that I ended up where I did,” says Jayinee. “I was accepted to Touro and Western University in Pomona. They are both great schools, but I chose Touro because it let me stay in the Bay Area.

“I entered medical school thinking I'd specialize in neurology, and it's still high on my list. But I think psychiatry will give me the opportunity to do the research I want to do and work with the populations I want to work with, so now I'm leaning more toward that. I start rotations in July so hopefully that experience will clarify things a bit.”

So far, Touro is giving her similar flexibility to what she had in the post-bacc program, making for an smoother transition to her new career.

She says, “My school doesn’t have mandatory attendance for lectures, so I’m usually on campus three days a week and listen to lectures during my 40-minute commute from downtown Oakland. On any given week, we learn about a particular organ system and practice the physical exam and osteopathic treatments that relate to that system. At home, I make flashcards and integrate mnemonics into the bigger picture of what I’m learning. On the weekends, I try to hang out as much as possible with friends and family; I would be nowhere without their love and support.”

That isn’t all she is doing in her “spare time.” Her novella, The City of Folding Faces (Lanternfish Press), is shipping soon. She’s still writing and says that the two fields haven’t forked insomuch as they have overlapped. It is entirely possible her next written work will be influenced by her clinical work.

“For me, writing is thinking, and there is a lot to think about during medical training and practice,” says Jayinee. “The specificity of medical language is intentionally rigid, and creating opportunities for associative reflection inside of that system can reveal things that weren't obvious before.”

So what should we expect from her five to 10 years from now?

“Hopefully finishing up residency and working on a new book!” 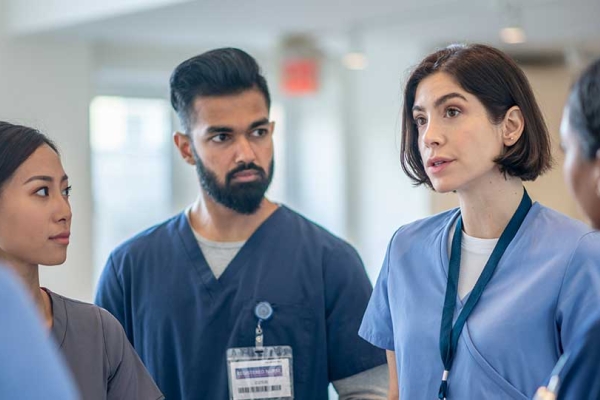 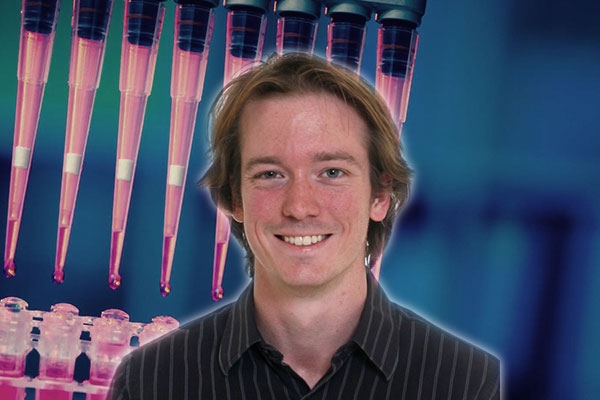 Providing the Humanity in Health Care 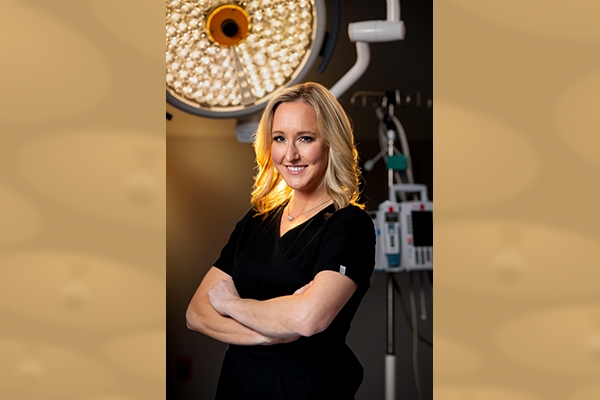