“I remember being unable to sleep one night—and thinking about the various inadequacies of the job I was working at the time—and somehow realizing that writing was something I had been denying myself without solid grounds for doing so,” says Zach Schwab, a Post-Baccalaureate Certificate Program in Writing graduate, now an M.F.A. student at the University of Arkansas.

This realization came to him while working as a quality assurance manager at a medical software company in Wisconsin. Zach gradually discovered that he wasn’t meant to make a career of that job, and that he preferred independent work that allowed him to stop and think about things—which a life centered upon writing would.

“I had taken just one creative writing course during my last 10 weeks of college,” he recalls, “and while I had often fantasized about making writing my life's main focal point, I'd always managed to talk myself out of it. So writing was something I had wanted to do for a long time, and it was more a matter of ‘yielding’ to that desire.”

Enter a Google search for opportunities that would encourage this decision, in an urban environment that could offer greater possibilities. Enter our Post-Baccalaureate Certificate Program in Writing classes.

Take a Course, Find a Community

Relocating to the Bay Area from the Midwest gave Zach a fresh start to focus on his creative goals. While forging a new career path, he relied on and enjoyed the strong relationships he created with his instructors. Zach found each instructor to be warm and welcoming, acting as shepherds into the literary world.

“I feel incredibly appreciative of all my teachers, but the instructor whom I ultimately pestered most outside the classroom was Frances Hwang,” Zach says. “She was an inspiring teacher, a strikingly perceptive reader of her students' stories and a wonderful mentor through the process of submitting my M.F.A. applications. She always made herself enthusiastically available, and I really benefited from her insights.”

It is a testament to Zach and the relationships he built with his instructors that even during a run-in halfway across the country with instructor Caroline Goodwin, he was recognized and remembered. “I also had the pleasure of happening upon another of my Berkeley instructors in the summer of 2017,” Zach says. “It felt highly serendipitous, given that I live in Arkansas these days! Caroline and I saw each other at a writing conference and had a nice time reminiscing.”

Preparing to Be a Grad Student 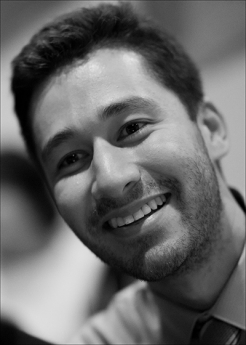 Now an M.F.A. student at the University of Arkansas, Zach has some good advice about applying to graduate schools:

With the right tools and resources, you can discover if pursuing an M.F.A. is really right for you as a writer. “When I was first applying to M.F.A. programs, Frances encouraged me to purchase The Creative Writing MFA Handbook by Thomas Kealey, which proved a good resource for me. I would also recommend the MFA Index from Poets & Writers magazine, as well as affordingthemfa.wordpress.com.”

“Point blank, my classes at UC Berkeley Extension were essential in preparing me for my M.F.A. program.”

“One thing about my M.F.A. program that has been great for me is encountering the vast diversity of work being produced by my classmates here,” says Zach. “It’s a diversity that has really underscored the extent to which every writer approaches writing from a different angle, with different goals both for the reader and for himself or herself. How some of us write from a place of giddiness and others a place of pain, for example. Or how some write for the journey, others the destination.

“That gradual realization has allowed me to see that it was not until my studies at UC Berkeley Extension that I began to think with any rigor about what I wanted from my writing, which perhaps might have been the most valuable lesson I gained from studying there.”

Putting Himself Out There

For many, getting your work published is a top goal. But first, you have to submit that work.

While Zach has done some “light submitting,” mainly to his dream-level journals, he’s received some kind responses but no acceptances yet. But, he is getting kudos in other forms: Zach was granted the Carlisle Scholarship by the Community of Writers at Squaw Valley in 2016, and “Stuck,” a story that Zach started while taking our courses, earned him the James T. Whitehead Award for Fiction from the University of Arkansas in 2017. According to Erika Carter, a judge for the award, “Stuck” is an original story that “explores the clash between sharing and self-protection, confidence and the illusion of confidence—extremely relevant in our current internet-era of confessional conversation. A certain bravery in storytelling is on display here, and I hope this author holds onto it going forward.”

So far, Zach has been writing short stories but tries to keep an open mind. “I like to experiment and am wary of putting my writing in a box,” Zach explains. “That being said, I've been writing short stories that broach the topics of sexuality, identity and maturation. Since beginning my studies here in Arkansas, I've also started dabbling in literary translation and am currently translating a Chinese novel (known by the translated title Wild Beast) that was written in the 1990s by Wang Shuo.”

Zach credits his courses at Extension for preparing him for those awards, his M.F.A. program and a future career path. “Studying at Extension gave me time to think about writing, and about the role I wanted my writing to play in my life,” he states. “Point blank, my classes at UC Berkeley Extension were essential in preparing me for my M.F.A. program. Not only is it unlikely that I would have been accepted into any programs without my Extension classes, but I also doubt I would have gotten very much from studying in an M.F.A. program without the critical vocabulary and literary mindset that I received from my instructors at Berkeley.” 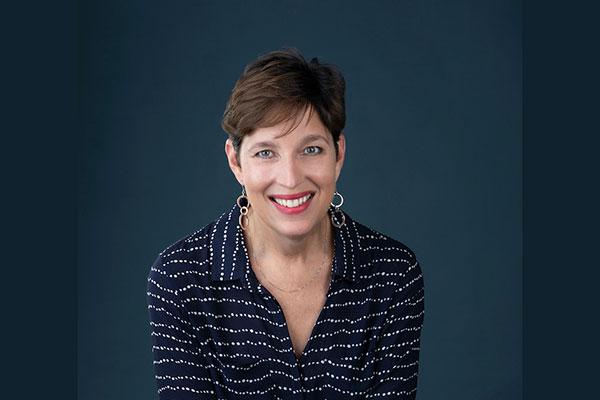